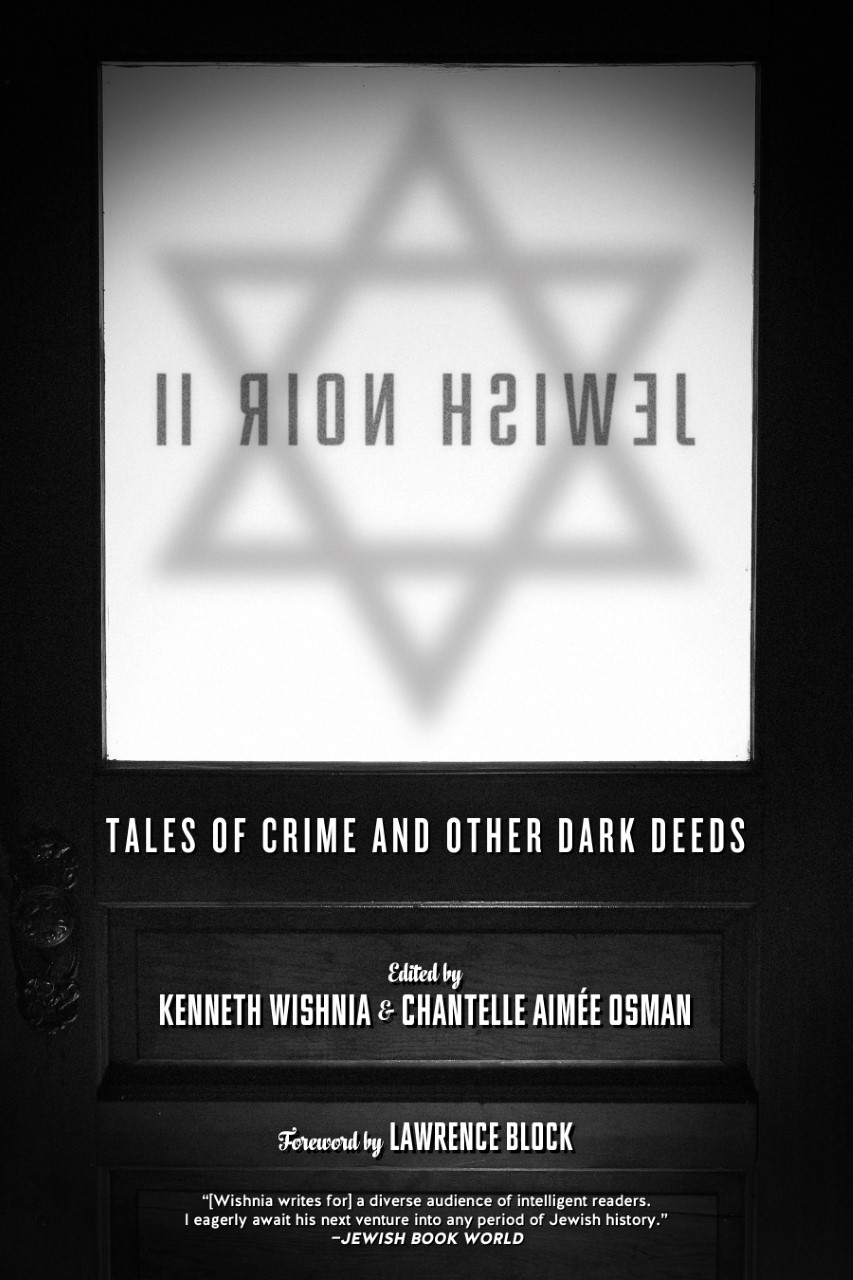 Tales of Crime and Other Dark Deeds

“The 23 entries in Wishnia and Osman’s superior follow-up to 2015’s Jewish Noir showcase a wide range of settings and plots linked by Jewish characters and themes. One highlight is Doug Allyn’s ironically titled “Sanctuary,” which gives new life to the trope of a war veteran returning stateside only to find himself still haunted by demons. Jake Abrams enlisted after Pearl Harbor, only to face unimaginable horror as part of the army liberating Buchenwald. But his efforts to recover some normalcy when he moves near Lake Michigan are challenged almost immediately by antisemitic neighbors. Wishnia himself impresses with “Bride of Torches,” set in “the days of the chieftains, when there was no king over Israel and every man did as he pleased,” and featuring an arguably justifiable murder, recounted much differently than in the Book of Judges. The standout is Jill D. Block’s “Wishboned,” narrated by bar mitzvah boy Solomon Felder, whose rite of passage is turned into a showcase for his family’s wealth and ends in fantastic violence. The judiciously chosen selections will make fans of quality short crime fiction hope for a third volume. (Aug.)”-
– Publishers Weekly 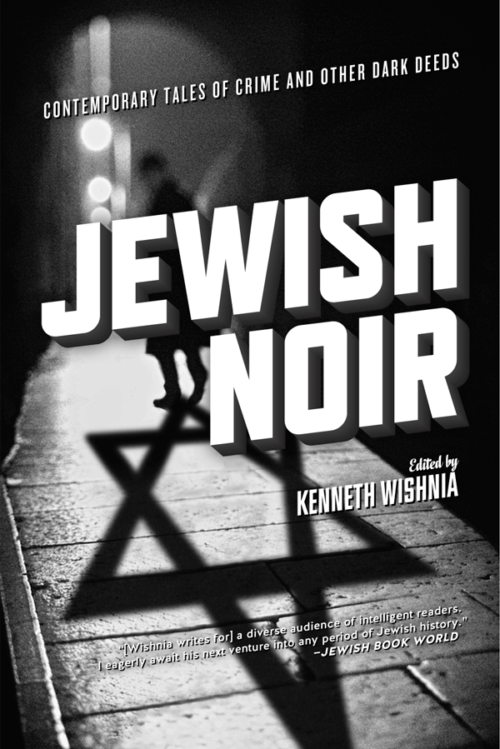 Nominated for the Anthony Award for
Best Anthology

Contemporary Tales of Crime and Other Dark Deeds

Edited by Kenneth Wishnia
Jewish Noir is unique collection of all-new stories by Jewish and non-Jewish literary and genre writers, including numerous award-winning authors such as Marge Piercy, Harlan Ellison, S.J. Rozan, Nancy Richler, Moe Prager (Reed Farrel Coleman), Wendy Hornsby, Charles Ardai, and Kenneth Wishnia. The stories explore such issues as the Holocaust and its long-term effects on subsequent generations, anti-Semitism in the mid- and late-20th century United States, and the dark side of the Diaspora (e.g., the decline of revolutionary fervor, the passing of generations, the Golden Ghetto, etc.). The stories in this collection also include many “teachable moments” about the history of prejudice, and the contradictions of ethnic identity and assimilation into American society.

“A Simkhe” (A Celebration), first published in Yiddish in the Forverts in 1912 by one of the great unsung writers of that era, Yente Serdatsky. This story depicts the disillusionment that sets in among a group of Russian Jewish immigrant radicals after several years in the United States. This is the story’s first appearance in English.

“Trajectories,” Marge Piercy’s story of the divergent paths taken by two young men from the slums of Cleveland and Detroit in a rapidly changing post-World War II society.

“Some You Lose,” Nancy Richler’s empathetic exploration of the emotional and psychological challenges of trying to sum up a man’s life in a eulogy.

“Her Daughter’s Bat Mitzvah,” Rabbi Adam Fisher’s darkly comic profanity filled monologue in the tradition of Sholem Aleichem, the writer best known as the source material for Fiddler on the Roof  (minus the profanity, that is).

“Yahrzeit Candle,” Stephen Jay Schwartz’s take on the subtle horrors of the inevitable passing of time.

“Editor Wishnia offers readers a first-rate collection of short stories dealing with traditional noir subject matter and tone but offering Jewish variations on the theme.”
– Barbara Bibel. Booklist
“Every reader will have his or her favorites, but this anthology is heartrending and spine-chilling in its entirety.”
– Andrea Kempf, Library Journal
“The table of contents of Jewish Noir is star-studded, to say the least . . . this is an excellent anthology.”
– Bill Crider. Mystery Scene