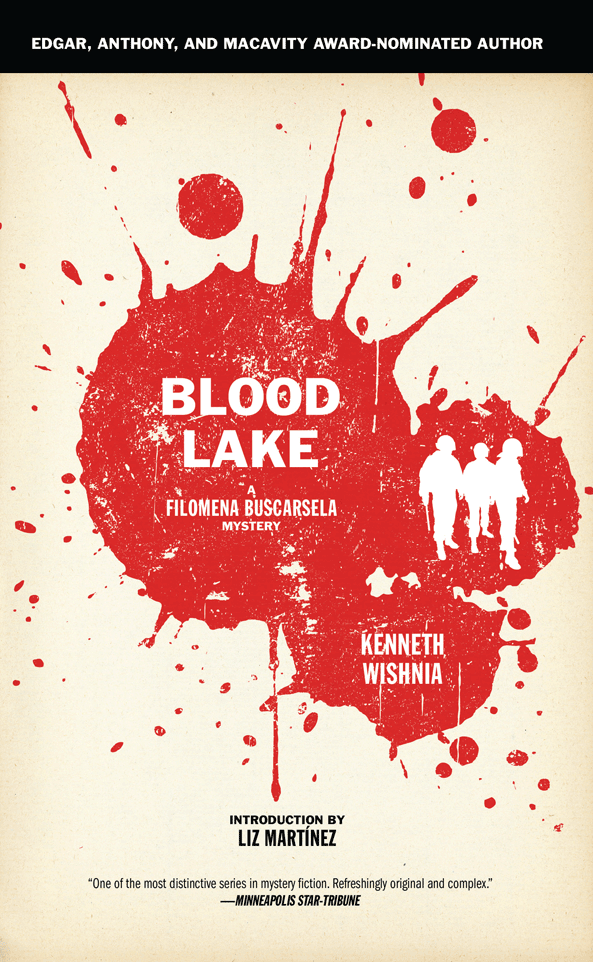 “The Ecuadorian Andes is one of the few places on earth where you can get a sunburn and freeze to death at the same time.”

When New York City P.I. Filomena Buscarsela takes her teenaged daughter, Antonia, to see their extended family in Ecuador, it’s more than a homecoming. Filomena hasn’t been back in years, and the trip brings back memories of her previous life there as a revolutionary. Strangest of all, people keep asking her if her lover—who died in a hail of police gunfire in front of her very eyes—is alive.

Before she’s even had time to adjust to her new surroundings, a priest is murdered, a man who, years ago, saved her live and helped her escape to the U.S. She owed hiim her life; now it’s time for the debt to be repaid, and she vows to find his killer. It’s an election year, and the dirty hands of politics seem to be everywhere, perhaps even in this senseless death.

At first, the murder seems to be part of a particularly brutal and corrupt political campaign, but it soon becomes clear that the crime has international implications, as Filomena uncovers a web of intrigue that threatens to expose a presidential assassination plot.

“Wishnia’s brand of gritty surrealism jolts the reader with startling images and jarring contrasts. [He] evokes a country and a culture vividly and unforgettably.”
—Publishers Weekly

“Gritty and realistic. There is too much to praise about this book, so suffice it to say that every element that makes a book great is in this novel, making for a truly memorable read.”
—Romantic Times

“Enormously engaging. It’s as if Wishnia were attempting to rescue the thriller from the bloat and preposterousness of Ludlumization in order to return it to its more Graham Greene-like roots in a recognizably mean real world—just as Chandler and Hammett rescued detective fiction from drawing-room gentility and yanked it down to the mean streets that had always been its natural habitat.”
—The Washington Post

“One of the most distinctive series in mystery fiction. Refreshingly original and complex.”
—Minneapolis Star-Tribune